After almost three years of usage of the Western Digital MyBook 500GB external hard disk I had problems with it. Problem was, taht disk was unaccessible even the blue lights runs around... Windows XP Pro SP3 couldn't find it. After disconneting and cooling of the device, it runs again for a while (3 hours of intensive reading - I immediately made a backup of my backup disk ;-) ). So I decide to try make it ventilated for better cooling.
To open this disk it is necessary to find two plastic loks:

Second is on the opposite side. Gently press them and pull the cover out.
This is disk with the controller removed from the housing with removed coverings.

I used a small fan (40 x 40 x 10 mm). Power source for it I take from the main power connector. It means that the fan will run whole time while the disk will be plugged in power source, but I do not risk some overload of the circuits on the board.

For the fixing the fan inside the housing I used small pieces of the double sided fixing tape.

The place for the fan is in the back-down corner of the case:

Well, almost done. There is one issue: the fan will be runnig even if the computer is switched off and disk turned off by controller. To prevent this and save some portion of energy the power swith was installed on the main power cord, between the plug and adapter: 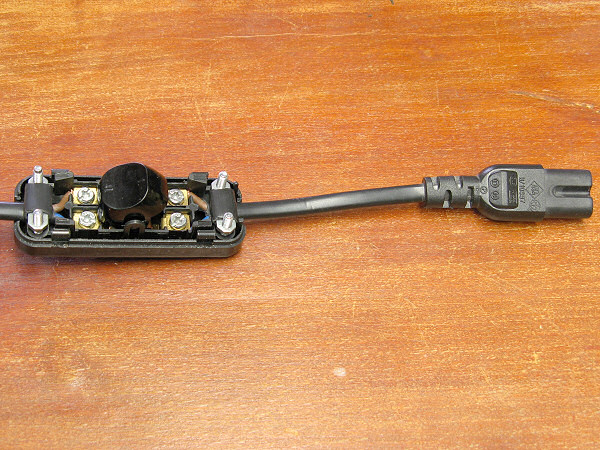